Calling ourselves “Fabrique Invent” was perhaps quite pretentious. This meant we had to live up to a certain standard in terms of innovation! We like to think this worked out quite well: from the start we have tried to come up with smart solutions for our customers and have made dozens of inventions that are patented and thus protected against copying. But how smart did those designs have to be in order to obtain a patent, and how well does a patent actually protect?

How smart and complex does a design have to be to get patented?
Honestly, not that smart nor complex. In fact, very smart ideas cannot even be patented: patents are concrete implementations of an idea. The more concretely the invention is described in the drawings and text, the stronger the patent. “A strong patent” means that it will stand up to patent research and that it really protects your invention against counterfeiting.

But any starting patent attorney can write a patent for any new design. If it is not a really strong invention, the text will be stripped by the Patent Office before the patent is approved, leaving you with a weak patent that does not really protect you. But then you do have an official patent on your design.

Bottomline: just because someone has a patent does not mean that he or she has made a very smart design!

If I have been patented, is my invention protected against counterfeiting?
First of all, only that what is literally stated in the claims at the end of the patent is protected. If you have submitted your invention to a patent attorney and he has written a nice patent for it, he has to make do with information he has received from you. It is often very difficult to describe exactly what makes the invention unique and what is indispensable for counterfeiting. Without your help, this will often go wrong. It is then difficult for the unitiated to deduce from the text, so you may not even realize that your expensive patent barely protects your invention.

Very often patents can simply be circumvented with a detour. Something that you regularly have to deal with as a designer also. So do not count on absolute protection by a patent. 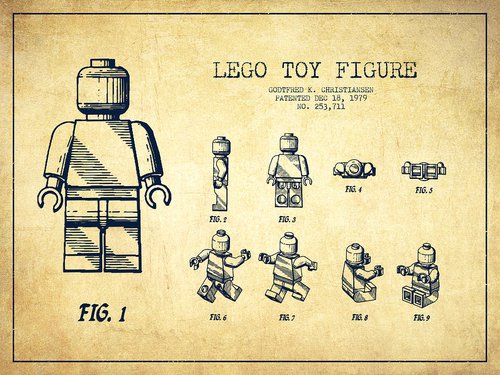 But isn't a patent supposed to protect the inventor?
It is important to realize that patents were not created to make inventors rich, but to boost the economy. You are tempted by patent law to disclose your knowledge and thus make it available to others to use for their innovations. In return, you will receive some protection for a certain period of time. So you can take advantage of your lead for a while, and others have to come up with something even smarter if they want to compete with you.

That is why a patent is always only valid for a limited time and its annual maintenance costs increase every year.

How strong do I stand with a patent?
The business world is a though world where money rules. If you are a small inventor without a big wallet, and a large company decides to copy your product even though it is patented, then litigation with expensive attorneys can destroy you financially, even if you are initially right.

Or they will come up with a list of examples of inventions from the past and from distant countries that look very much alike your design, and will make the judge doubt whether it was really a new and original idea.

You never know in advance what the outcome of a lawsuit will be, even if your position seems very strong. And a lost case costs you a lot of money: in addition to your own lawyer, you also have to pay the costs of the case and the opponent's lawyer if you lose. That is already tens of thousands of euros in proceedings and lawsuits. And these processes often take a while as well.

As a small pawn, it is often better not to risk losing a lawsuit.

Is it wise to spend that much money on patents?
For a new customer who would like to have their design patented, we always tell the above story first. Most expectations about the protection he would receive through a patent are destroyed.

Then, we explain that it is not bad at all that patents are so expensive and their protection is so limited. Isn't it instead more fun and sensible to put that money in new development than in a patent? After all, by the time your product is copied and you experience a disadvantage in the market, it probably has already been on the market for quite some time, and then you can simply come up with an improved product. Advantage through innovation offers better protection than a patent, especially for a smaller company or an independent inventor!

OK, so no patent, most customers conclude.
Well, we respond, that is a step too far.

Now that you've lost your illusions about the status and protection you expected from a patent, hopefully you can think about it soberly. Now a patent can be a very useful tool in your strategy. It certainly doesn't offer absolute protection, but it can be very discouraging for your competitors to remake or copy your product. So would be crazy if you don't do anything about protection.

But then think about it practically: where is my competitor, and what options are there to obtain some form of protection in that country at a limited cost? Only proceed to think of European or even worldwide patents if you can really serve such a large market, or know that you will be able to issue licenses on that large of a scale.

Or you can start with applying for a “broad” patent, and then you stop paying for less important countries as soon as the costs become too high. For example when translation has to be done in a number of countries, or when the annual costs become too high, and you don’t do business in those countries. Then you limit yourself only to the Netherlands.

You can also maintain your patent for a while and still choose not to start expensive lawsuits for violation. Then it becomes a bluff patent: nice if it works, too bad if they don't fall for it. Of course this is only a sensible tactic if you don’t spend too much money on it.

Through these steps you have already received protection for a few years for little money. That gives you enough time to design a new and better version of your design.

Altogether, rely on innovation to stay ahead, but use patents as a tactical weapon in your product strategy, even if only used as a bluff. During the patenting process, guidance by a patent expert is very important. The better he knows your company and your products, and the more you communicate with him, the better he can advise you, and the more effective any patent he makes will be.

We have been protecting products for our customers for over thirty years, with the help of experienced patent attorneys. So feel free to drop by to let us know your questions about patent protection and we are happy to answer.

All the ins and outs about our favorite material.

Books for designers; our top 5 picks

The must reads if you're into design.

Our favorite aluminum extrusion profiles at a glance.

Fabrique uses cookies and similar techniques to offer you an optimal visitor experience and to measure your surfing behavior (anonymous).